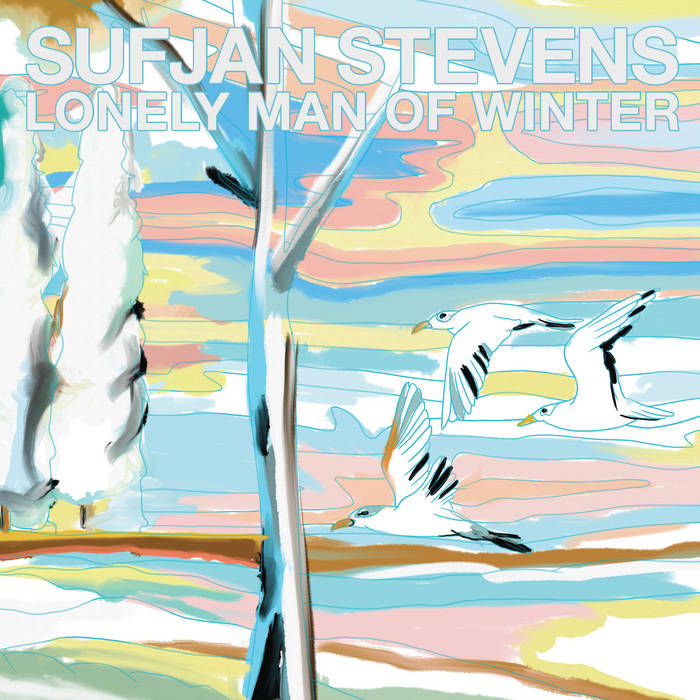 Julius Bourbeau The song I never knew I was waiting for! Worth the 11 years Favorite track: Lonely Man of Winter.

ingrid roe I love when artists work together to create sweet things like this... Favorite track: Every Day is Christmas.

In 2007, Sufjan Stevens wrote and recorded “Lonely Man of Winter” and, as part of a holiday marketing contest to promote Stevens’ Songs for Christmas boxset, traded ownership of the song to the winner, Alec Duffy. In turn Duffy gifted his song, “Every Day is Christmas,” to Stevens.

But instead of widely releasing “Lonely Man of Winter,” Duffy held listening sessions in his home and around the world, sometimes pairing the private listenings with cookies and hot chocolate.

In an end to that years-long project, Duffy – now founder/Artistic Director of the non-profit Brooklyn performance venue JACK – has decided to release the song “Lonely Man of Winter” on Asthmatic Kitty Records, digitally and on limited edition 7 inch, with funds going to support JACK’s mission of fueling experiments in art and activism.

In addition to the song by Duffy, the release includes Sufjan’s own newer version of “Lonely Man in Winter” recorded in 2018. This new version is produced by Thomas Bartlett (Doveman) and features a performance by Melissa Mary Ahern.