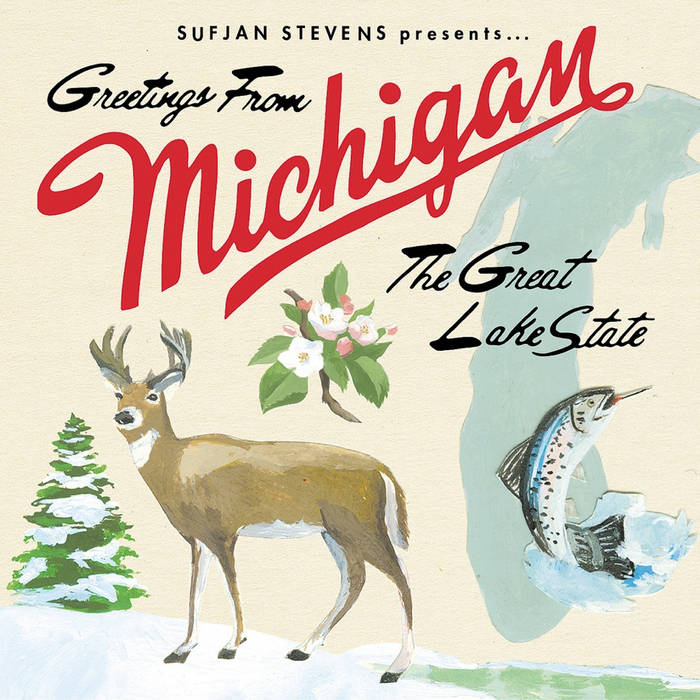 lunaher Probably the most atmospheric non ambient record I've ever listened to, highly recommend. Favorite track: For the Widows in Paradise, For the Fatherless in Ypsilanti.

yankee_in_stalins_court Such a powerful and moving album; both great beauty and tragedy emanate from the narratives within it! Flint never fails to completely captivate me. Favorite track: Flint (For the Unemployed and Underpaid).

benja2000 This album is a really great collection of some really cozy and beautiful tracks. It's such a personal look into Sufjan's experiences with Michigan. Favorite track: For the Widows in Paradise, For the Fatherless in Ypsilanti.
more...

MICHIGAN's songs resonate with a range of sources-Vince Guaraldi, Terry Riley, and Nick Drake as accompanied by Stereolab and The Sea & Cake-in executing Stevens' peculiar palette that is simultaneously rock and blue-grass, jazz and pop, a style The Village Voice appraises as "Arthur Lee meets the Book of Psalms."

MICHIGAN is the inaugural entry of THE 50 STATES, a cumulative recording project by Sufjan Stevens unparalleled in its panoramic enterprise: a record for each state! You think he's kidding, don't you?

Now available from Asthmatic Kitty and Soundsfamilyre. Distributed by Secretly Canadian: release date: July 1, 2003 (which happened to be Sufjan's birthday).