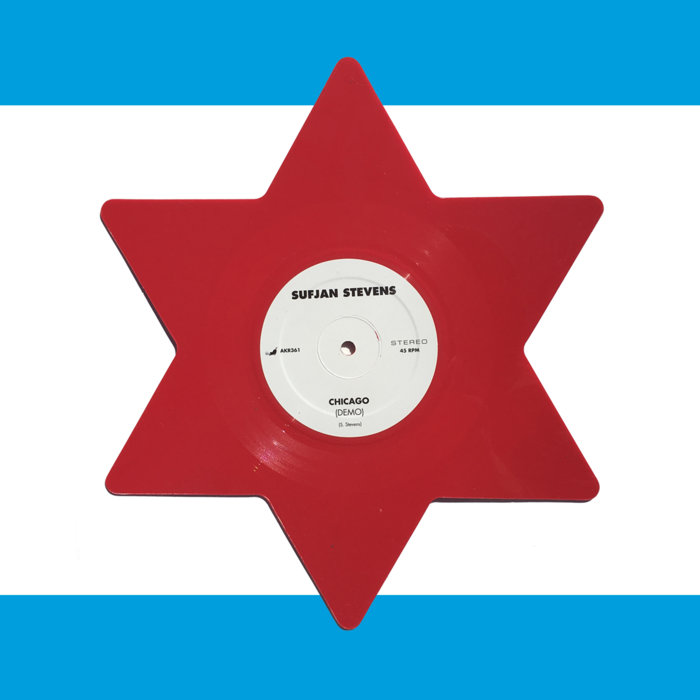 Isaac Reynaldo makes me cry in the van

Flint It's not like the world was in dire need of even more versions of "Chicago" but I'm happy to have more because they're all amazing.

Adam Bates An old classic retold from its origin story.

D MaCheeseburger True classic in every sense - I only wish I had acted in time to get that rockin star shaped vinyl!

rontronium Just a beautiful track by someone who's mastered the art of crafting a beautiful song.

Asthmatic Kitty Records is happy to announce that every Illinois: Special 10th Anniversary Blue Marvel Edition will also include a die-cut, star-shaped 12” of a demo version of “Chicago.”

Sufjan, who plays guitars and organ on the song, recorded the track in 2004.